PHOENIX, AZ and ANAHEIM, CA – September 19, 2022 – OMCO Solar, a premier U.S. solar racking and tracker manufacturer, today announced at the RE+ 2022 trade show the completion of a 650-megawatt dc (MW dc) utility-scale solar portfolio in Florida. OMCO Solar partnered with Florida-based Moss, a leading national solar EPC, to complete one of the largest utility-scale fixed-tilt portfolios in the United States.

In addition to OMCO Solar’s reputation for the shortest lead times in the industry, Moss brought OMCO Solar on board for their superior quality mounting products and expertise. OMCO Solar provided the programmatic approach Moss was seeking, while offering the best cost to value ratio. Furthermore, the partners were able to complete this high-profile portfolio despite supply chain issues and a global pandemic.

“What I like about OMCO Solar is that they lived up to their word; they made a commitment to us, and they executed on that commitment. Even with challenges, they were open and honest and we worked together as a team to solve them,” Edwin Perkins, President at Moss, said.

With 65 years of domestic manufacturing experience, and more than 7 GW of true U.S. manufacturing capacity across four strategic locations (Alabama, Arizona, Indiana, Ohio), OMCO Solar offers its partners the highest quality racking and tracking solutions with the shortest lead times in the industry. The company recently announced that it has reached the milestone of having shipped 9.5GW of solar mounting structures, as well as additional investment in its Pierceton, Indiana plant. Earlier, the company announced a $5 million investment into its solar manufacturing capabilities, bringing its total investment in equipment and tooling to $75 million. OMCO Solar’s expansion of their U.S. production facilities benefits their developer, EPC and construction partners, as the company continues to offer an efficient, reliable domestic supply chain.

Eric Goodwin, Director of business development at OMCO Solar, concluded, “It has been excellent to work with Moss, and we are excited about future utility-scale opportunities.”

About OMCO Solar
OMCO Solar is America’s premier factory-direct manufacturer of solar trackers and fixed-tilt solutions for the community and utility-scale markets. The company’s expertise in fixed-tilt and single-axis tracker systems stems from decades of steel manufacturing, beginning in 1955 when OMCO Holdings, its parent company, was founded. To date, OMCO Solar has delivered over 9.5GW of factory-direct, high-quality solar mounting structures worldwide. With a manufacturing footprint spanning coast-to-coast, the company delivers their American-made solar structures built from 100% US steel to developers nationwide. For more information, please visit OMCO Solar at www.omcosolar.com.

About Moss
Moss is a family-owned premiere solar EPC that builds projects coast to coast for some of the biggest Utility and Independent Power Producers (IPP’s) in the US. A big part of Moss’ success is its focus on building relationships as the foundation for successful projects and partnerships. With over 10 GW’s of solar experience the Moss team has what it takes to build large portfolios of projects with key clients to meet the demand for a clean energy future. For more information, please visit Moss at https://mosscm.com/. 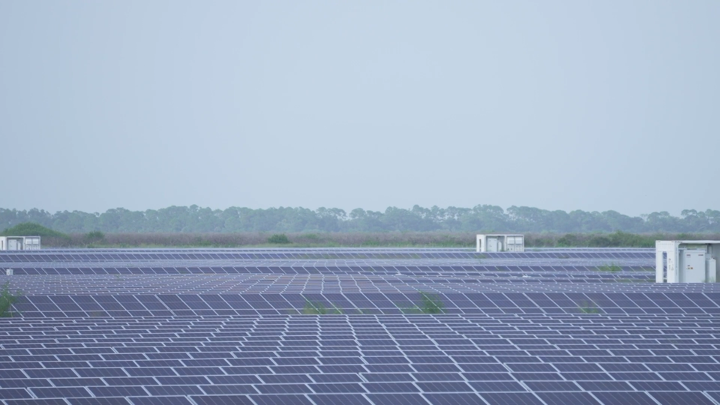